Deaconess Foundation’s International Affairs Development Manager Anca Enache’s speech at the Hearing on the Future EU Roma Strategy Proposals for Action post-2020 organized by Eurodiaconia on the 26th of June at the European Economic and Social Committee in Brussels. 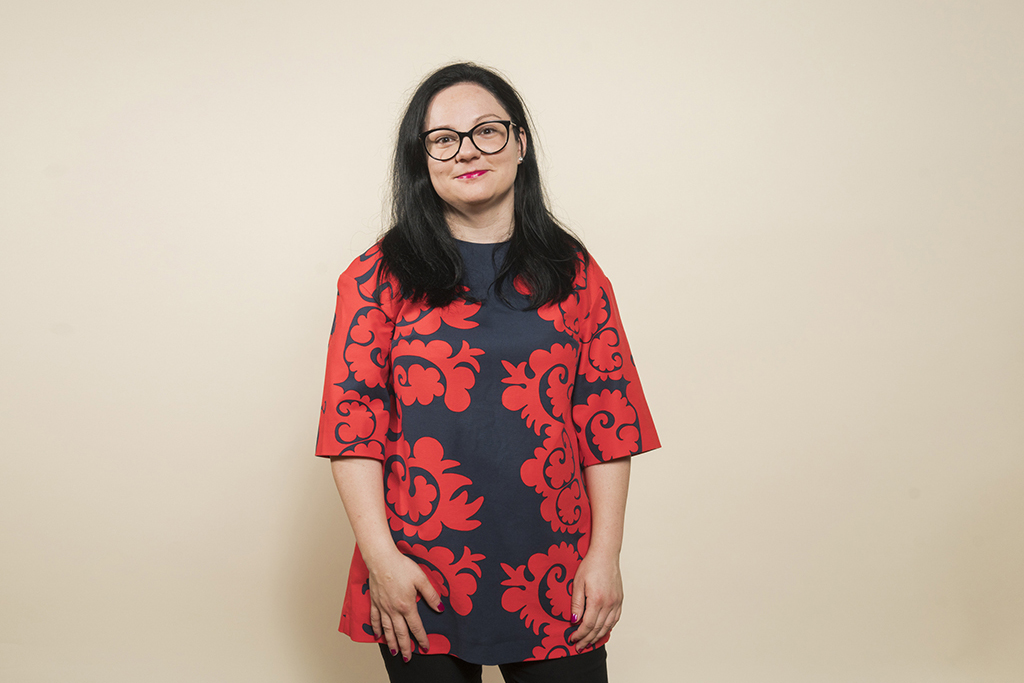 At the Deaconess Foundation, my home organisation, we have been providing concrete measures and services to combat the exclusion of different groups and communities for the last 150 years. Nowadays, we are experts on advocating and providing services for those who experience multiple discrimination and for supporting their political participation.

For the last thirty years we have been working on Roma rights and equality in Finland and in Eastern Europe and Western Balkans, through both targeted and mainstream services and interventions and advocacy work. This concrete work has been done together with several allies, the Finnish Roma National Contact Point, local authorities, and most important with Roma communities, activists and civil society.

First, as the recent European’s Commission Evaluation (2011–2017) stated as well: much more systematic and multi-level work should be done to combat the multiple forms and manifestations of antigypsyism.

A recent Finnish campaign, Työnimi (‘Professional name’ in Finnish) showed very clearly the discrimination faced by Finnish Roma on the employment markets, just some months ago. In a social experiment, four well known and established experts applied for work with their own CV’s but with ‘typical’ Roma names. A total of 54 applications were sent but none of the applicants was invited to even one interview. The result was nothing new for most of the Roma, who have been dealing on an everyday basis with questions such as: should I change my name in order to have the possibility to even be invited to a job interview? Should I dress differently at the workplace so I cannot be recognized as ‘Roma’? How to hide my identity at the workplace?

One good news from Finland is that few important municipalities decided to start to implement anonymous recruitment measures in 2018, which means that job applications will not include information on applicant’s name, date of birth, native language, address or gender.

Antigypsyism is also the reason behind the approach adopted by Members States when it comes to the unequal treatment and the non-respect of fundamental rights of Roma EU citizens migrating inside the Union.

As FRA’s 2009 and Amnesty’s 2018 studies showed how most of the countries have failed to fulfil the responsibility of ensuring the minimum essentials such as housing, health care and justice. The political discussions have been about shifting the responsibility to the home countries rather than clarifying which are the local obligations and duties towards vulnerable EU citizens. Also, Roma migrants have been exclusively related to begging, ‘illegal’ use of public spaces, criminality, or human trafficking which stigmatized and exposed them even more.

Finland has been no exception when it comes to the treatment of Roma EU citizens, so for example only in 2017 the City of Helsinki started to provide emergency shelter on a more permanent basis for Roma migrants in cooperation with Helsinki Deaconess Institute, and in 2017 the right to health has been extended for non-residents – Roma EU migrants were included in this category since they lack in most of the cases the European Health Insurance Card. This are important steps made at the city level, through a strong cooperation between the municipality, the Helsinki Parish, the Deaconess Foundation and wider civil society and activists. These polices should be extended to the national level.

The next EU Roma Framework must take a clear stand on the protection and fulfilment of rights of the Roma who migrate within member states, if we want to be credible and successful in any way.

We are very happy about this development which has been achieved through the common efforts of Finnish Roma civil society, non-Roma civil society and civil servants. This was not an easy common objective back in 2008, understandable, since some of the Finnish Roma were concerned that the negative exposure of migrant Roma in public discourses, will also affect their everyday and fundamental rights.

As civil society organisations, we must invest more in campaigning for recognizing and combating present and past antigypsyism, to provide more training, to support communities to be more aware of anti-discrimination laws and with making complains, to link them to equality bodies and legal NGOs’, and to provide safe spaces for Roma to talk about intimate and difficult experiences.

Secondly, and in strong relation to the previous point, is very important to recognize that some Roma individuals and communities face discrimination based on more than one ground which creates cumulative disadvantage.

A Romanian Roma woman who works in Helsinki in informal employment as a street magazine seller, is homeless and sleeps in a parking lot, and is almost fully placed outside the welfare services because of being in the ‘non-resident’ category or in the media under the ‘Roma beggar’ category, certainly risks at the same time discrimination against on grounds of gender, citizenship status, ethnicity, homelessness and language.

Our cooperation and grass roots work in East-Romania, together with E-Romnja, the Association for the Promotion of Roma Women’s Rights, has shown clearly how Roma women living in ‘peripheric’/ excluded, rural areas experience intersectional disadvantage and discrimination based on their gender, poverty, racialized ethnic identity, marital status, housing status, health status and so on.

As civil society organisations we must collect more evidence on multiple and intersectional discrimination, to improve the understanding on who are the victims and to raise greater awareness on the issue.

Lastly, all interventions and the entire EU Roma Framework, must have an approach which is strongly centred on dignity, autonomy and possibilities for meaningful participation for communities and individual’s who’s every day is shaped by different experiences and interests and by their various social, political and geographical locations.

Roma in the margins of development