Antti Pentikäinen preparing a truth and transformation process in the US 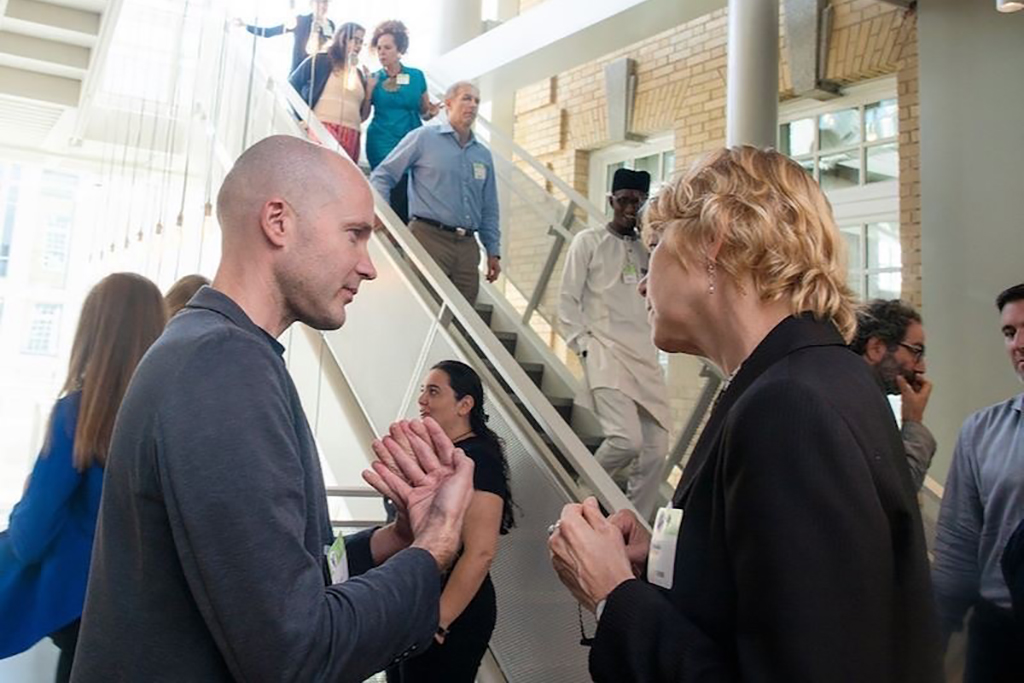 Antti Pentikäinen with Pricilla Hayner, a member of the UN Peacemaker team, in Washington D.C. 2019.

“The United States needs the hope of human dignity for everyone”

“I didn’t anticipate having such a big responsibility but I’m deeply grateful that I have been able from the sidelines to help the country prepare a  healing process, which has been shown to be more necessary day by day,” said Pentikäinen.

The race riots that have torn the US this year, the coronavirus crisis, and the exceptionally antagonistic elections have exposed both long-standing tensions and the structural racism that perpetuates the inequality between population groups. But for Pentikäinen the outcome of the presidential elections will not affect the implementation of the process.

“Of course, the outcome of the election will have an impact on how quickly the national process gets under way, but without a healing process, it will be very difficult for the various sides in this country to learn to trust each other and work together again,” said Pentikäinen.

The leadership group of which Pentikäinen is secretary has experience from the Clinton, Bush, Obama and Trump administrations.

“It is clear to everyone that there has to be bi-partisan support on this issue. Currently, there are more than 170 Democrat representatives behind the initiative in Congress, but after the election, progress will be made in terms of both Republican and Senate participation. In the United States, work must anyway start at the grassroots level. There is a need for practical evidence of what the healing process can mean for both sections of the population and the problems of long-term structural racism.”

More than 20 local commissions have been launched in the US or are planned for the current year. Some of them focus on the rifts between population groups, others explore historical abuses such as lynchings or the destruction of black property.

“However, what’s key is to build a common vision of a racism-free country where the dignity of everyone can be realized. Without such a common vision, it is difficult to scrutinize historical injustices and structural problems and ensure that justice is achieved while supporting the healing of individuals and communities,” explained Pentikäinen. The need for the process has been widely recognized.

Pentikäinen works as a visiting expert in reconciliation processes at the United States Institute of Peace (USIP) founded by Congress, and has established Mary Hoch Center for Reconciliation specialising in reconciliation process at the Carter School for Peace and Conflict Resolution at George Mason University. Both are partners in the #reconciliation-programme of the Deaconess Foundation, Church of Helsinki and Felm, which promotes the desire and ability of individuals and communities to act as reconciliation builders.