The Deaconess Foundation, D-Stations and the #Reconciliation programme are among the recipients of the 2021 Finnish Dialogue (Dialogiteko) award from the Timeout Foundation. This year’s award was in recognition of the power of cooperation, so it was given to several actors who have brought different people into an equal dialogue, thereby promoting a better culture of discussion and democracy in Finland. The winners of the award include both long-standing dialogue experts and first-timers. 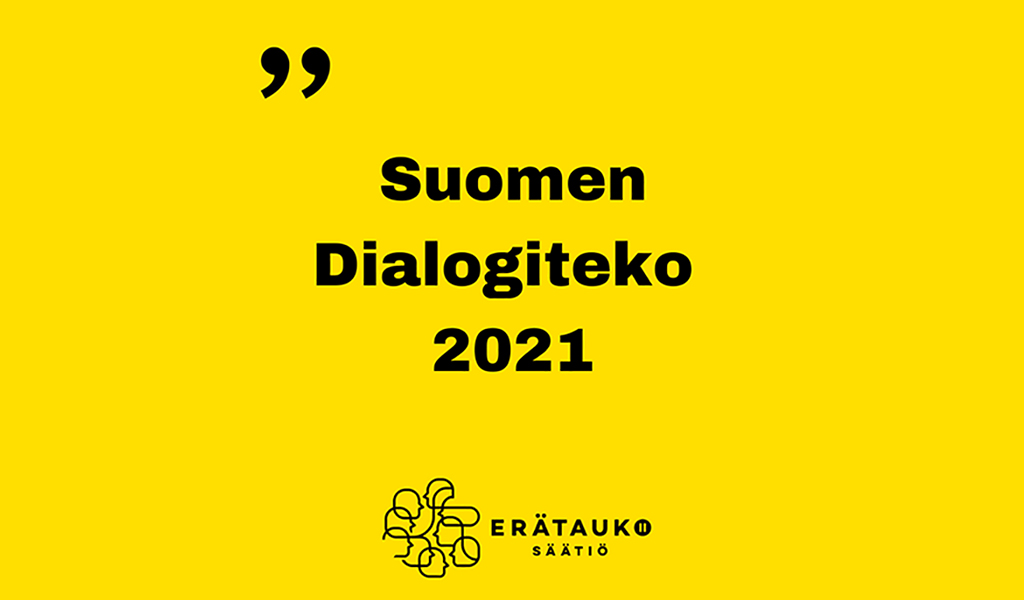 The D-stations of the Deaconess Foundation have a long history of organising dialogues and bringing social debate to places where it has not been common.

“Dialogue has always been an important form of activity for us, because it brings together a wide range of people. Dialogue is a great way to reduce the ‘us and them’ mentality and bring out ideas that might not otherwise be discussed,” says Saija Karjala, the producer in charge of the D-stations at the Deaconess Foundation.

The Deaconess Foundation was awarded in particular for its strong work in supporting social debate and dialogue at the D-Stations, for supporting dialogue in the #Reconciliation programme and for its participation in the Exceptional Times Dialogues programme.

“The Exceptional Time Dialogues have been very popular in Kallio, Kontula and Kannelmäki. When the pandemic closed libraries, stopped common sauna shifts and other gatherings, community-based events like the D-stations’ dialogues have risen to unpredictable levels,” says Saija Karjala.

“Recent nature dialogues and Future Story dialogues have brought the importance of local nature into the debate. The importance of nature is clearly on our minds at the moment, especially the concern about the disappearance of urban nature.”

In addition to organising the dialogues, the Deaconess Foundation has been developing methods for a more egalitarian debate, for example by participating in the Sitra-led Timeout developer group in 2017.

The joint #Reconciliation programme of the Deaconess Foundation, the Finnish Missionary Society and the Helsinki Parish Union promotes people’s willingness and ability to act as reconciliation builders in their own communities, and works extensively with various actors. Over the past year, the programme has organised dialogues on reconciliation and peace themes, especially for young people.

The Week of Reconciliation on May 2022, was built with young people under the theme ‘Can you see the person?’

“For the World Village Festival at the end of May, for example, we will set up a Living Library, where we will encourage people to get to know people beyond the surface and to see the person within, and not just their opinion or an aspect of them,” says Kirsi Saloranta, Director of the #Reconciliation programme.