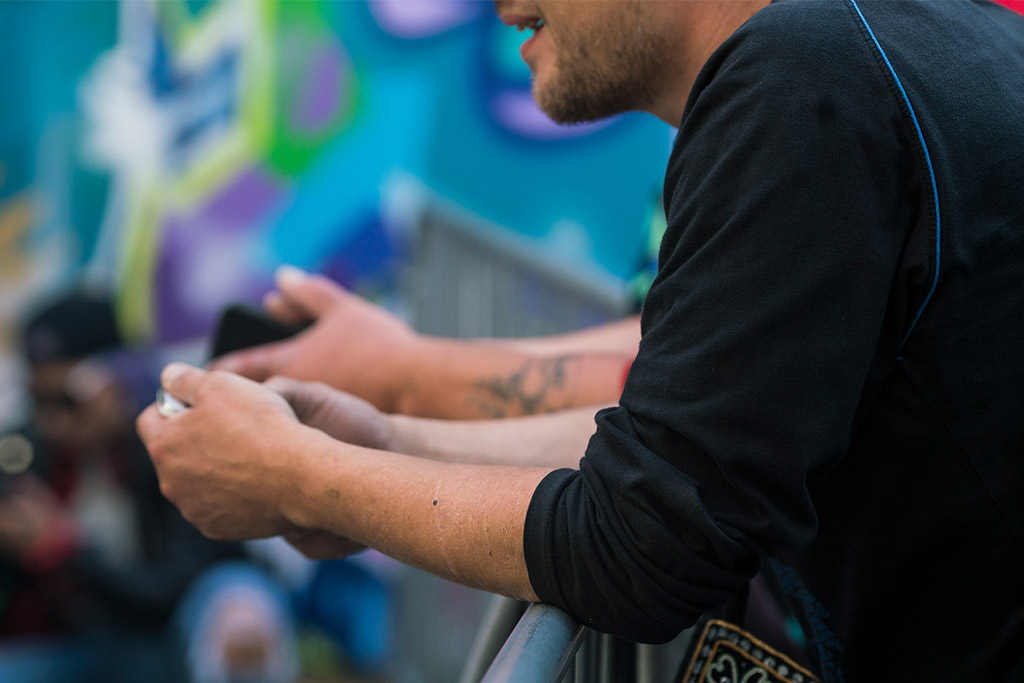 “When I go to the mentor family’s place, I play with their dog. Then we chat quite a bit about basic things, learn Finnish, and nice stuff like that.”

That’s how a young 16-year-old boy who came unaccompanied to Finland in September 2015 described the mentor family he’s acquired. In 2015 there was the largest spike asylum and refugee statistics in statistical history when altogether 3 024 unaccompanied asylum seeker minors arrived in Finland. The corresponding figure for 2014 was 196.

Mentor family activity brings together Finnish families and young asylum seekers. It creates the possibility for the youngsters to access Finnish family and day-to-day life. In the process they learn Finnish and have safe adults around them. The aim of the activity is to improve the wellbeing of unaccompanied child asylum seekers and to support their integration.

The mentor family work came about as a pilot scheme in coordinating and developing the Helsinki Deaconess Institute’s child and family voluntary activity, with funding from the STEA (Funding Centre for Social and Welfare Organisations) family volunteer project at the beginning of 2016. In 2017, STEA granted the mentor family activity its own funding for 2017 – 2020. By autumn 2017 there were already 70 families receiving training and at least the same number of young asylum seekers have been allocated their own mentor family.

The mentor family project head, Maiju Lehto, says: “When families contact us they are concerned about how these children and young people who’ve come to the country alone will manage. They are also distressed at how Finnish attitudes have hardened. Many also want to raise their children so they are in contact with people coming from different backgrounds. Many have said that amidst their own cram-packed routines they want to be involved in such a way that the whole family takes part, and mentor family activity is precisely what the family has long waited for. The activity is not tied to a specific place or time but rather the mentored youngster will easily slip into the family’s daily life and the relationship becomes close.”

The families are carefully selected, but in principle all families are fit for the job. The young people who come to them are mostly between the ages of 16 and 21.

They visit the mentor families a few times a month and via them they become more closely attached to Finnish society. And this is what happens, according to a survey of the young mentees. Integration starts with small steps.

I remember how I felt so embarrassed when I was at a Finnish party for the first time. I downed a glass of juice in one go and then noticed that other people stood with theirs for goodness knows how long. Now I know that you have to wait until the toast and drink only then,” laughs an 18-year-old.

The mentor families say that the activity is extremely important to them.

Says one mentor parent: “As a mentor family the activity has really given us a lot. The boy who visits us  boy has become an important part of the family and due to him we’ve got a completely new perspective on life. It’s through this that I have also become activated more widely in voluntary work with asylum seekers, and have made many new friends, from among volunteers as well as asylum seekers. The world has opened up and my own value system has become clearer.

The feedback from both the young people and the families has been very positive. Being a mentor family doesn’t require you to perform miracles. The mentor family just does ordinary things together with the youngster, the sorts of things that it would anyway do. What counts is giving spiritual capital, friendship, and caring, and where money is not required.

It’s important that young people who arrive in the country alone get trustworthy Finnish adults with them and can find their place here. That’s support for successful integration at its best. The young people have really tough experiences behind them. They are children but they’ve had to deal with the adult world. When your own family is far away, missing or perhaps dead, a mentor family can be a link to everyday things and life. Having good experiences plays an important role in these young people’s lives.

If you are interested to find out more about mentor family activities, feel free to get in touch!