Pride is a protest for human rights

Human rights and equality must be worked for long enough to become a reality in the everyday life of every minority. The Deaconess Foundation is an official partner of Helsinki Pride again this year, and is involved in Pride week in many different ways. However, the most important work is done between the annual Pride celebrations. 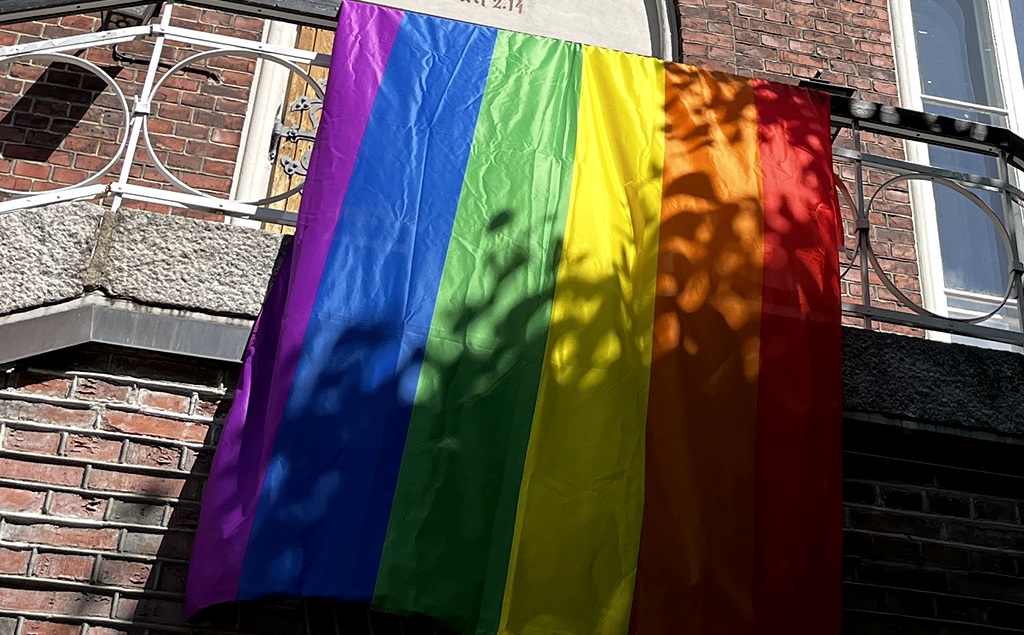 The international Pride movement was born out of a protest against arbitrary discrimination, the trampling of civil rights and the systematic oppression of sexual minorities. Since 1969, much progress has been made and things have moved on. Pride has become a global movement and celebration of human rights and equality.

The events of Midsummer in Oslo showed that there is no cause for great celebration yet: there is still much to be done for equality and human rights. Every single person and organisation is needed for this work.

It’s unacceptable that these fundamental issues of human dignity are issues for which people still have to protest. As long as this is the case, the message of the Pride community is important and I would like every responsible organisation to join in with it in their everyday actions, says Deaconess Foundation CEO Olli Holmström.

The Deaconess Foundation has zero tolerance towards all forms of discrimination, but it is not enough: diversity is a richness that we want to cherish, both as a community of 2,700 professionals and with our clients.

Equality is one of the three priorities of the Deaconess Foundation’s Sustainability Programme, and actions to promote it are planned and sustained.

Gender-neutral titles were introduced earlier, when supervisors became supervisors, lawyers became legal advisers and service managers became unit managers. The Group-wide human resources information system, launched in the spring, allows people to choose a different gender, or not to disclose it at all. After the renovation of the Group’s administration building, which will be completed in the summer, the toilets in the building will also be gender-neutral.

“Sometimes small changes in operations that seem insignificant to the general population can be the difference, and give people the experience of being seen. As an organisation, we need to have the humility to listen sensitively to feedback and make changes as soon as there is something to change,” says Holmström.

Rainbow Network as a pacesetter

The Rainbow Network of employees, established a year ago during Helsinki Pride week, started operating in the autumn and has already added its own value to the development of the Deaconess Institute.

The Rainbow Network is a network for all employees of the Deaconess Institute, providing peer support, creating well-being and promoting equality. The network welcomes both rainbow employees and anyone who wants to promote equality as an ally.

In the first year of the Rainbow Network’s activities, discussions focused on issues such as alliances and creating a safer space. The Safer Space Principles, developed at the network’s initiative, will be rolled out throughout the building, and network volunteers will be involved in planning training and orientation on the principles.

It’s great that the structures of the workplace, for example in the form of networks like this, are already highlighting these issues – this way they are not left to one person and no one is forced to play the role of a fighter, but both customers and employees would feel confronted from the outset, says project worker Sanna Niemi, who has been involved in the Rainbow Network’s work and in the creation of the safer space principles.

Human dignity and human rights are not matters of opinion. Equality does not happen by itself, but must be worked for tirelessly every day. The work continues.