Begging is work that many would happily leave behind 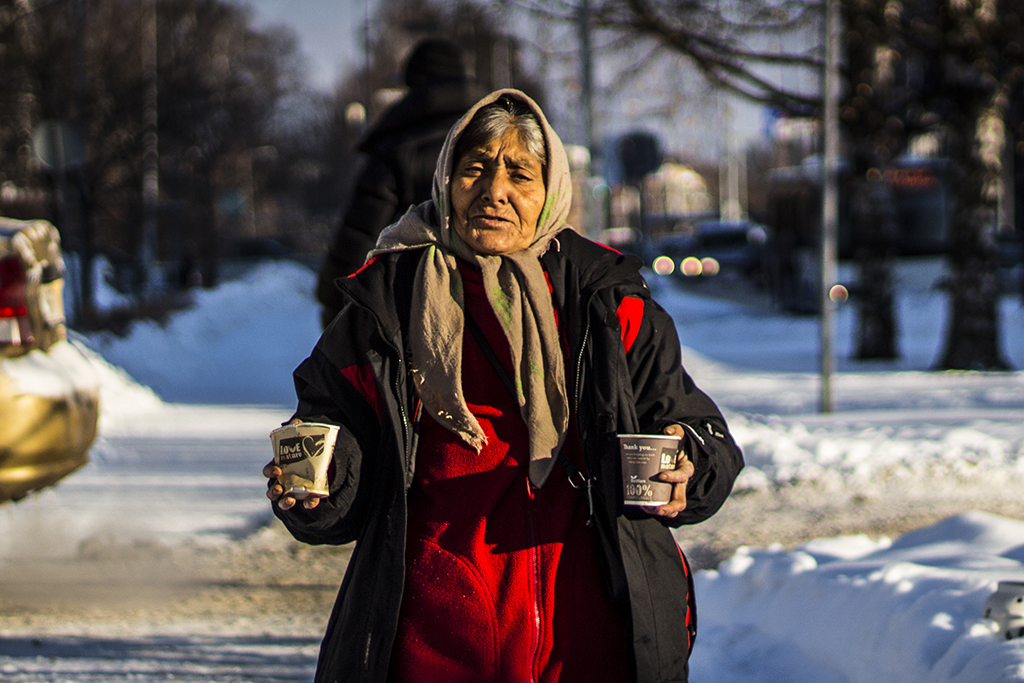 The Helsinki Deaconess Institute has worked for a decade among the Roma EU citizens that exercise their mobilities inside. The work, mainly with Bulgarian and Romanian Roma, has progressed and expanded, but the fragile status of Roma remains one of Europe’s major human rights problems. The focus of the work has shifted from providing emergency aid to more sustainable solutions, such as creating the conditions for livelihoods. The Helsinki Deaconess Institute wants alternatives to begging. The goal is that people do not need to make a living from begging.

Ten years ago people in Finland woke up to the presence on the streets of beggars and hawkers. People would talk of the “beggar phenomena”. It came about due to Roma from Bulgaria and Romania coming to Finland in search of subsistence. The situation was of such importance that the Deaconess Institute, at the request of the City of Helsinki, launched the project “Rom po drom – Roma in the way”. Its aim was to work together with the Roma population on the streets, to make and maintain contact with them, collect and convey information, and to provide acute humanitarian assistance.

Today, the work is concentrated at the Hirundo day centre for migrant travellers, in Helsinki, as well as on cooperation and concrete project interventions in Bulgaria and Romania. Those involved in developing and carrying out work on Roma with the City of Helsinki and the Deaconess Institute include the Helsinki Parish Union, Emmaus Helsinki, Emmaus Westervik and Emmaus Åland, Iso Numero (Big Issue) magazine, plus volunteers and activists. The common goal is, together with Roma, build a better future for them in Finland and in their own countries.

– Cooperation between the different actors involved has produced impressive results. This is a great example of how solving societal problems requires the close cooperation of the various actors and volunteers. The City of Helsinki’s dedication and commitment to human dignity has been crucial. The experience gained in Roma work could well be utilised in, among other things, solving the situations of undocumented migrants.

Must tackle poverty and antigypsyism

Although progress has been made, the work with Roma is not over. The tough social situation Roma face in their own countries compel them to continue with begging in various parts of Europe.

Development Manager Anca Enache, who has worked for a long time with Roma at the Deaconess Institute, recalls that Roma are too often the poorest and most marginalised of groups in Europe.

– Abject poverty and distress cannot be ‘normalized’ or brushed aside, she says, pointing out that antigypsyism has a long history and also a continuation in the current reality.

– Antigypsyism is a phenomenon that has not gone away in any respect. On the contrary, it is nowadays highly prevalent in Europe. Its consequences are profound. You get a youngster who may end up having to quit school because of harassment and distress, while another is afraid of moving in their own village because of same reasons. Violence and discrimination should be recognised and condemned more strongly, stresses Anca Enache.

– Begging is work that many would gladly swap for proper work on the jobs market. Real change for improving the status of Roma requires cooperation, perseverance, and political will. That’s why we want to raise the issue of Roma at both national and international level.

– Our goal is that people do not have to beg, because begging is beneath human dignity. We want to get rid of begging in Helsinki but not by criminalising the livelihood, people or by putting poverty out of sight. Instead, we are developing alternative ways of making a living instead of begging.

Selling Iso numero magazine, bottle collecting for recycling and various domestic and janitorial gig jobs are as alternative livelihoods. Gig jobs are arranged via the Work and Hope jobs pool project. This helps Roma get work in sectors where there is a shortage of labour and there is work to do that does not require vocational training. The jobs pool carries out collaboration on training with the Diakonia College of Finland. The aim is to develop a vocational training qualification that will be certified and enable access to the labour market. New paths to employment will also be built up together with businesses.