Since the Russian invasion of Ukraine in February, humanitarian aid from the Deaconess Foundation and its Ukrainian partner organisation, the Roma Women Fund Chiricl, has reached tens of thousands of people across Ukraine. While providing emergency aid continues to take up most of its energies, Chiricli also strives to continue its grassroots work to promote the human rights of minorities. 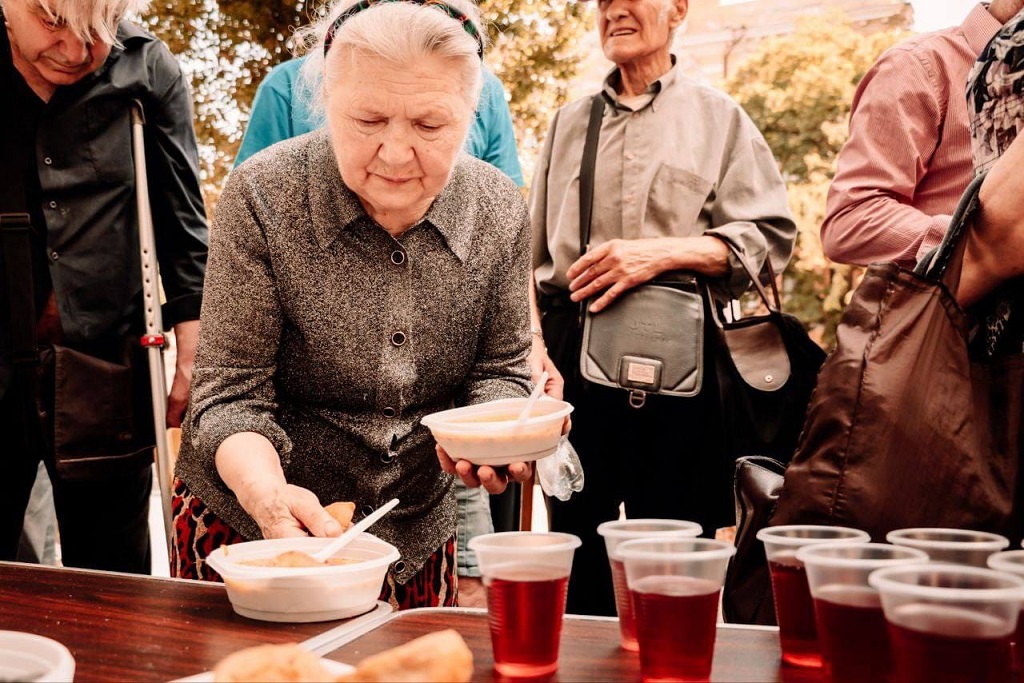 Older people have often been reluctant to leave their homes. Food is not necessarily easy to come by in conflict zones, so the Roma Women Fund Chirikli arranges  the distribution of hot meals throughout Ukraine.

By the end of June, almost €270,000 had been donated to the Deaconess Foundation’s emergency relief fund, and the foundation itself had contributed €100,000 to help the most vulnerable Ukrainians. The aid has been delivered to various parts of the country by Chiricli, one of the foundation’s a long-standing partners.

“By the end of May, we had distributed 25,000 hot meals, helped evacuate 1,200 people and provided counselling to 18,000 people,” says Julian Kondur, Chiricli’s project coordinator. “Information on evacuation options, humanitarian assistance, restrictions such as curfews, is important, as not everyone is reached by the authorities. For example, people with disabilities or illiterate people and the Roma minority in particular need comprehensible information.”

In May, as Russia concentrated its forces in eastern Ukraine, Chiricli helped many families to flee the region. There were also many pleas for help from areas already occupied. Although it was not possible to organise evacuations directly, Chiricli helped people to find help by networking and, when necessary, provided financial support to move to Ukrainian-controlled areas. Through its networks, the organisation is also able to arrange food distribution in the occupied territories.

An exceptional situation has become the new normal in Ukraine

Some of Chiricl’s staff have returned to Kiev following Russia’s withdrawal from northern Ukraine, others are in Odessa or are still refugees in other parts of Europe.

“The exceptional situation has become the new normal. We returned to our office in Kiev, but uncertainty remains. We are used to carrying an emergency kit with us everywhere, containing the most important documents, medicines and other supplies that we should have with us in case we suddenly have to flee again,” says Kondur, himself an internally displaced person.

The organisation’s main work of promoting the human rights of minorities now takes up much more time than before, as careful assessment of risks and the security situation is vital in a country at war.

Human rights work in Ukraine is currently in a worrying limbo, as Parliament dismissed the human rights ombudsperson, Lyudmyla Denisova, in May after a vote of no-confidence. The selection of a new ombudsperson is a political process that will take time and no new candidate has yet been appointed.

In Chiricl, it has been noted that prejudiced attitudes have reared their head again after the solidarity that prevailed at the beginning of the war. “People are tired of war. For the first couple of months after the Russian invasion, everyone was eager to help each other and the discrimination faced by the Roma decreased. Now the situation is worse again. We try to support people when they face hate speech and discrimination,” says Kondur.

Even the helpers are getting tired as the emergency and uncertainty continue. How will they keep going?

“Personally, I draw strength from meeting other people and from the support of partners.”

An accessible refugee centre for people with disabilities and discriminated minorities

In Moldova, help for people with disabilities and minorities who fled Ukraine has also been provided to people from the most vulnerable groups who fled the country to Moldova, with the support of the Deaconess Foundation’s emergency aid. Half a million Ukrainians have crossed the Moldovan border since the start of the war.

In the spring, the Roma Women and Girls Network in Moldova – Moldsolidaritate, a long-standing partner of the Deaconess Foundation, drew attention to the fact that the country’s refugee centres paid scant regard for accessibility, which prevented people with disabilities from seeking shelter.

“Minority groups, on the other hand, often faced discrimination at refugee centres, both from majority Ukrainians and from those working there,” said Cristina Temizcay, President of Moldsolidaritate. “That’s why we decided to set up an accessible refugee centre exclusively for people with disabilities and discriminated minorities, such as Roma.” 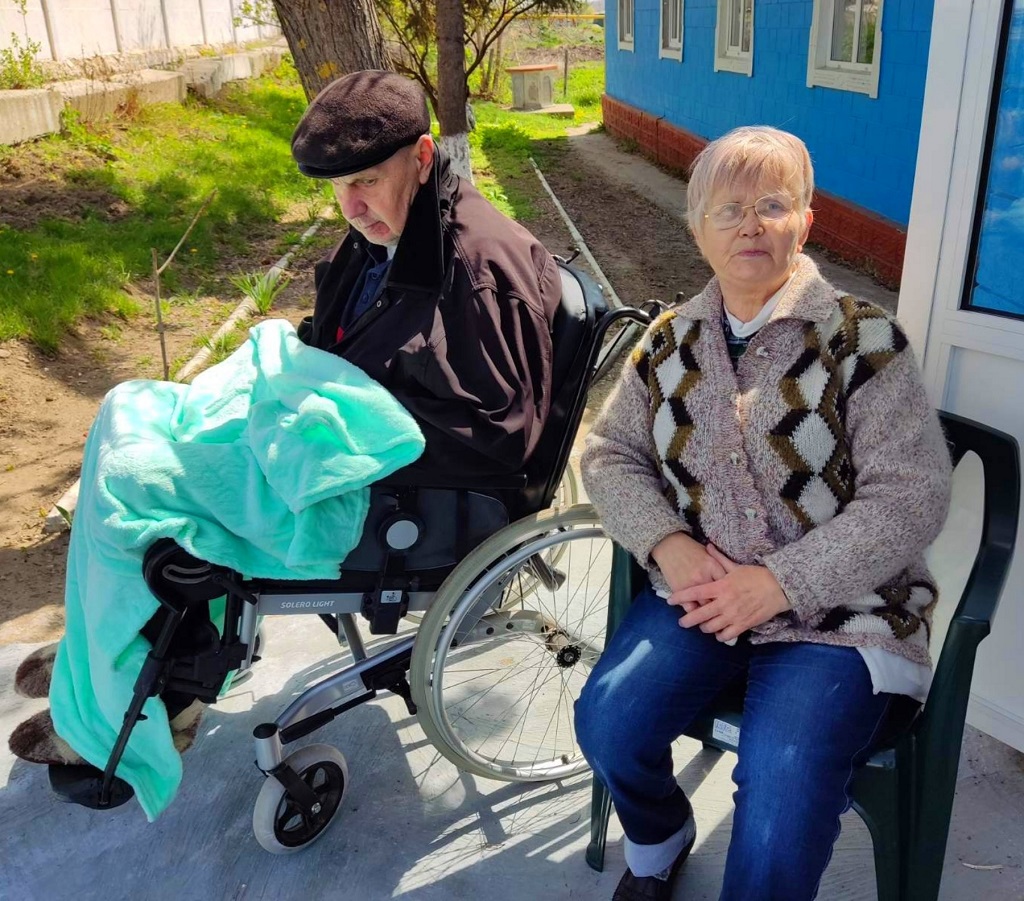 Refugees with disabilities and their assistants will have access to accessible accommodation at the Greblest refugee centre.

Established in mid-April, the centre has so far assisted 274 disabled people and their assistants and 45 Roma women who fled with their pregnant or disabled children. The centre, located in the village of Greblest, has a capacity of fifty people at a time.

“Once the refugees have received the aids and medicines they need, and possibly help with travel documents, we will help them on their way,” says Cristina Temizcay.

Most of the disabled people continue their journey to centres in Germany or Austria, where they can be offered the longer-term accommodation and assistance they need. If the refugees have relatives in other countries, travel to them is arranged so that the families can be together. A small number of refugees have also stayed in the Greblest centre for the time being.

“Our Ukrainian and Moldovan colleagues and their local networks play a key role in organising the protection of the most vulnerable people and defending their rights in the region,” says Anca Enache, International Development Manager at the Diaconate.

“In addition to our grassroots relief work, our partners monitor the human rights situation in their countries and advocate for the rights of minority groups at national and international level. This work prevents human rights violations and also broader ethnic conflicts in the region.”